Obudu Mountain Resort, formerly known as Obudu Cattle Ranch, is located on the Obudu plateau of Cross River State, Nigeria. It was developed in 1951 by M. McCaughley, a Scottish man.

Where is Obudu Mountain Resort located?

The Obudu mountain resort is close to the Cameron border, the Northeastern part of Calabar State. It is a 30-minute drive from Obudu town and approximately 7-hour drive from Calabar.

A bus from Calabar to Obudu is 2000 naira and from Calabar to the Resort is about 6 hours. It is a 30-minute to 1-hour drive from Obudu to the ranch and the taxi cost is 600 naira. A drive to the resort also gives an amazing scenery of vegetation.

A big cow head is hung on the resort gate as a symbol of what the ranch was originally known for and a fee of 200 naira is to be paid to gain access into the resort. For those who would love to go on the canopy walkway, an extra 300 naira fee would be paid as management fees to the Nigerian Conservation Foundation (NCF).

What is the weather like in Obudu Mountain Resort?

The climate in Obudu mountain resort is a semi-temperate mountain climate which is the general weather conditions experienced on the Obudu plateau, due to its 1600 metres (5200 ft) elevation. The Obudu mountain resort has served as a holiday and tourist resort centre for both Nigerian citizens and foreigners. It has an attractive land space with a calming and soothing ambience.

There is a variety of recreational activities to be carried out at the Obudu Mountain Resort. You can swim in any of the 2 large river-sized swimming pools or play golf at the 9- hole golf course. There also facilities for hiking, an outdoor pool bed, a gym, and a canopy walkway (a 100-metre swaying bridge up in the air and another 70-metre bridge above the bottom of the forest). You can also have a thrill of the cable car ride to the top of the mountain, which is the longest in Africa. The resort also has a yearly race competition with a cash price that holds in November. The resort has 250 varying bird species, so you might want to come along with a camera. Bear in mind that most of these recreational activities are to be paid for per hour.

Accommodation at the resort is paid per night, and comes with a complimentary breakfast, free wifi and free access to certain recreational activities, depending on the suite. The price of the rooms ranges from 25, 000 naira for the Standard Double Chalet to the Mountain Villa which is 75, 000 naira (these prices are subject to change over time).

In case your suite does not offer a complimentary breakfast, there are 4 restaurants in the resort where you can order any meal you want.

What to wear at Obudu Mountain Resort

The resort is extremely cold in the morning, so if you are the type to go for morning walks, it is advisable to pack clothes that would keep you warm especially sweaters. However, it is mostly hot during the day so you can get clothes that wouldn’t choke you. Hikers are also advised to get firm boots.

When can I visit Obudu Mountain Resort

The Obudu Mountain Resort is open all year round and can be visited whenever. However, the best time to visit is between October and February, the weather during this period makes it easier and fun climbing up the mountain. It also believed that it is during this period the flowers and vegetation bloom the most. Another reason is the annual mountain race. If you would love to visit in December, it is best you make a reservation a month or 2 before, because this is when the resort is mostly packed and busy.

How can I get to the top of the mountain

Due to the remote area in which the resort is located, there is a very limited supply of electricity. However, the generator is usually turned on around 6 or 7 pm and it stays on till 12 or 1 am. You might want to pack extra charging devices such as power banks and laptops along.

This is the official Nigerian travel guide provided by Zamxa Hotels. Visit us daily for everything you need to know about travel in Nigeria.

Book Any Hotel In Nigeria 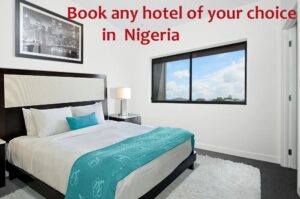